Yesterday I had the pleasure of briefly revisiting a trip I made to the Galapagos Islands more than a decade ago courtesy of the San Francisco Zoo. They sponsored a talk by the Galapagos Conservancy, a non-profit organization which promotes conservation of these unique islands.

Sitting 600 miles off the coast of Ecuador, the Galapagos are a treasure trove of life thanks to the cold enriched waters of the Humboldt Current. It was these islands which inspired Charles Darwin’s theory of evolution. (If you enjoy non-fiction, Darwin’s travels are chronicled in “The Voyage of the Beagle.” And, if you like movies, be sure to catch Russell Crowe in “Master and Commander – the Far Side of the World” parts of which were filmed in Galapagos.) 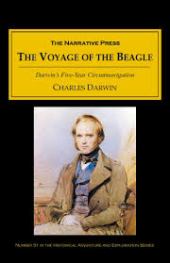 Many things have changed since I had the pleasure of visiting, like the increase in the resident human population. Despite its remoteness, Ecuadorians can earn a higher standard of living than in much of mainland Ecuador, largely due to tourism – which is another huge impactor. Ecuador is working to regulate both and keep them sustainable.

The animals have seen drastic change as well, both good and bad. The long term project to restore the populations of giant tortoises on each island is going well (each island is home to a genetically distinct sub-species of tortoise). The eradication of invasive (introduced) species, like goats – which destroy the vegetation the tortoises feed on – has been declared successful on Pinta, Espanola, Floreana, Santa Fe, Santiago, and most of Isabela (the largest island).

On the other hand, a recent die-off of many marine iguanas has scientists worried. They are already investigating a decline in the Blue Footed Booby population. Though not endemic to the Galapagos – they are found elsewhere – this bird with its baby blue feet and comical mating dance is one of the islands many icons. And sadly, the most well-known icon, Lonesome George – the last surviving Pinta tortoise – was found dead on June 24, 2012, at the age of 100+. Read that line again. He was the LAST Pinta tortoise. They are now extinct.

I’m glad to have been able to see Lonesome George, yet sad others will not have the same pleasure. For safety reasons, George was kept at the research station (also for breeding with females of related sub-species, which was unsuccessful). It is sobering to stand at the edge of the tortoise pen and know that you are looking at the most unique creature you will likely ever encounter, the truest one of a kind to be found.

But not all is lost. Researchers continue their work to breed and release more tortoises to their native islands. And recently – and astonishingly – some hybrid tortoises have been discovered on Isabela’s Wolf Volcano who carry Pinta genes. So there is hope that Pinta can be re-populated with near relatives, although there will never again be another true Pinta tortoise. (If you’re wondering why one island’s tortoises would be found on another island, you can thank the sailors and whalers of yore. It’s well-known they captured and transported tortoises as a source of meat.)

Perhaps the next time I go, I’ll be able to see tortoises slowly lumbering through the scrubby brush on Pinta. And the marine iguanas, with their white salty snot coating their faces, will still be there.

(They are the only lizard in the world which feeds underwater.)

Yes, of course I want to return. True, there are so many other places I want to visit as I’ve mentioned in other blogs. But the Galapagos are unique. And I have a thing for islands.

The question which comes up most frequently when traveling is “why?” Why do you do it?  What – or who – gave you the “travel bug?”

Sure, my parents took us on road trips – a tradition for many families in the 1970s it seems – to places like Mount Rushmore or the Worlds of Fun amusement park in Kansas City, but that wasn’t it. While I have fond memories of those journeys, none of them made me think “wow, I want to do this some more.”

Maybe I was too young, or maybe sharing bonding moments with my siblings was more important.  As always, it is the small moments from those days which stick in my memory: riding giant tortoises at some so-called “zoo” in South Dakota, stopping in the middle of the Badlands – just pulling off the road – so we could use the strange rock formations as slides (I ruined a pair of pants); my brother accidentally knocking my eyeglasses off my face at the top of the roller coaster (instead of ending a couple hundred feet down, they miraculously landed in the lap of the person seated behind us).

So what was it that infected me with wanderlust? It was another small moment: the arrival of the U.S. mail. It was sometime in the late 1970s, and my father’s latest issue of “National Geographic” had arrived and there, in full color glory on the cover, was Machu Picchu, the Inca citadel in Peru, re-discovered by explorer Hiram Bingham in 1911. I said to myself “Cool! What’s that? Must go see!”

(I searched the internet for that magazine cover, only to repeatedly run afoul of National Geographic’s requirement that I sign up for a free account and let them post to my Facebook friends on my behalf. I don’t appreciate websites which force such things upon me, especially when I’m providing what amounts to free advertising on their behalf. Hear that Nat Geo?)

It took many years for me to eventually make my way to that Peruvian mountaintop and, yes, the catalyst of 9/11. Many people took that tragedy as a sign they should do those “one of these days” things they’d been postponing: get married, go back to school, take a dream vacation, etc. I was in the latter group. In the years preceding 9/11, I had received several brochures from Lindblad Expeditions advertising a cruise to the Galapagos Islands – with a side excursion to Machu Picchu. I would always toss out the old one, file away the new one, and say “one of these days.”

Soon after, it really was one of those days, and I was taking what everyone calls the ‘postcard picture’ of the Inca ruins with Huayna Picchu, its sister peak, in the background, similar to what graced the magazine cover back in the 1970s. It was everything I had hoped for, well, except for later dropping my camera two meters down the side of Huayna Picchu. The sound of breaking glass is not what you want to hear from your camera. (Thankfully, the film roll was safe in my pocket.) Here’s a tip: when you’re sitting on the top of a mountain, make sure you actually have the camera strap in your hand when you stand up.

You might say I didn’t quite follow the right path to Machu Picchu. After all, it wasn’t a National Geographic tour group. Lindblad, however, led my footsteps back in that direction when they formed a partnership with Nat Geo in 2004. So I came full circle without even trying. (No, I didn’t get to ride the giant tortoises in Galapagos. It’s illegal.) Although, I suppose to truly come full circle, I should invite my father to join me in a return to Machu Picchu – if he could ever be distracted away from Europe.  After all, it was his magazine subscription, so my catching the travel bug is all his fault.

Now I just have to figure out who infected me with the writing bug.