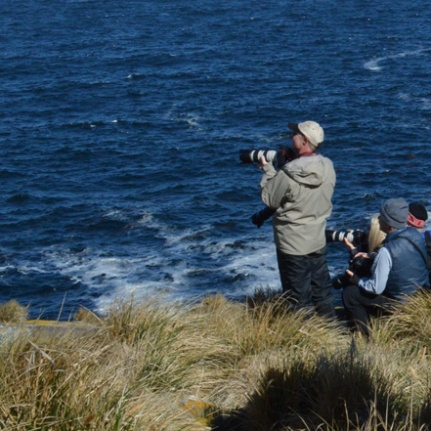 Keeping with last week’s theme of introducing you to some of the folks I’ve met on my travels, this week I’d like to introduce you to Bruce Fryxell and his Flickr pages.

Bruce was one of the “Houston Nine” as I called us – the unlucky few to nearly miss catching our ship to Antarctica back in 2012. An accomplished photographer, Bruce also took the same Baja trip I just recently did, but in 2013. While Bruce doesn’t yet have his Baja photos up on Flickr, I strongly encourage you to check out his Antarctica work. And be wowed.

(That’s Bruce – standing – in action in the Falkland Islands.)